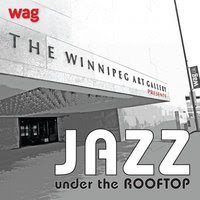 LOCAL EVENTS WINNIPEG:
PAPA MAMBO AT THE WAG:
Trend setting Latin band Papa Mambo will be playing at the Winnipeg Art Gallery this Friday as part of the 'Jazz Under the Rooftop' series. Here's the promo.
WAGWAGWAGWAG
Jazz Under The Roof Top
Time Friday, September 24 · 8:00pm - 10:30pm

The WAG’s Muriel Richardson Auditorium heats up on Friday, September 24 with the first of the Gallery’s Jazz under the Rooftop winter concert series. The concert begins at 8pm.

Created by Chilean-born classical guitarist Rodrigo Muñoz in 1989, Winnipeg’s Papa Mambo started out as a spirited party band and soon became recognized as one of the most skillful, exciting and... important innovators in Canada’s Latin music scene. This freewheeling octet has always emphasized great playing and inspired arrangements. Their diverse array of jazz-inflected Latin rhythms and progressive musical ideas promises a performance full of hot solos, driving ensemble work, and tempo-shifting dance-floor madness. Papa Mambo is Latin music at its most modern and exciting.

Tickets are $21 for WAG members, $25 for adults, and $23 for students and seniors. Available in person at the WAG or through Ticketmaster. Your ticket includes free Gallery admission the day of the concert.
Posted by mollymew at 6:52 PM