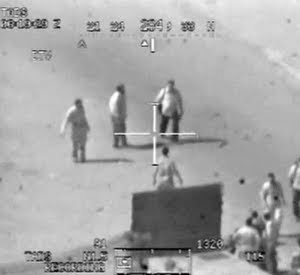 AMERICAN POLITICS:
THE BRADLEY MANNING SUPPORT NETWORK:
Bradley Manning is the now world famous US soldier who leaked video of a US helicopter shooting unarmed civilians in Iraq to the Wikileaks site. Wikileaks has gone on to even bigger things since then, but Bradley manning still sits in military jail awaiting trial. Needless to say the perpetrators of the war crimes that he exposed have had no charges laid against them.

There has been widespread support for Manning, and one of the primary sources has been the Bradley Manning Support Network who are planning a week of actions on his behalf this week. Here's a brief segment of one of the articles on their site. Go there to see much more and how you can help Manning out.
BMBMBMBMBM
Bradley Manning: An American Hero
by Marjorie Cohn, Professor at Thomas Jefferson School of Law

Army Pfc. Bradley Manning is accused of leaking military secrets to the public. This week, his supporters are holding rallies in 21 cities, seeking Manning’s release from military custody. Manning is in the brig for allegedly disclosing a classified video depicting U.S. troops shooting civilians from an Apache helicopter in Iraq in July 2007. The video, available at www.collateralmurder.com, was published by WikiLeaks on April 5, 2010. Manning faces 52 years in prison. No charges have been filed against the soldiers in the video.

In fact, the actions depicted in “Collateral Murder” contain evidence of three violations of the laws of war set forth in the Geneva Conventions, which amount to war crimes....
Posted by mollymew at 9:21 PM