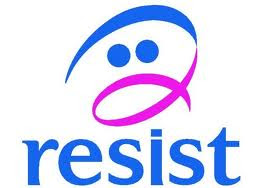 INTERNATIONAL LABOUR GERMANY:
GERMAN IWW PICKETS EUREST:
The following article is from the website of the Industrial Workers of the World (IWW), and concerns a informational picket by the German IWW outside the Municipal Services offices in Frankfurt Germany a couple of days ago. The target of the picket was the international catering company Eurest (active in over 80 countries) who supply catering services to the city of Frankfurt. Eurest is emblematic of the "new economy" that is so widely trumpeted as "progressive" by apologists for our managerial rulers, and its "progress" involves squeezing its workers as hard as it can whenever it can. But not just its workers, also its customers. Through its subsidiary Eurest Support Services Eurest has been involved in more than one multibillion dollar corruption scandal over the years and will undoubtedly be involved in many more in the years to come.
In 2005 Eurest hit the news because of a UN procurement scandal, and in 2007 it was also implicated in corruption related to supplying food services to US forces in Iraq.
Here's the story from the IWW. The following has been slightly edited for reasons of English grammar.
IWWIWWIWWIWW
German IWW pickets against austerity measures outside the Frankfurter Stadtwerke [Municipal Services]:
Translated by a member of the British Isles IWW Regional Organizing Committee (BIROC)

Today the IWW distributed the following flyer (image not included) in front of the Frankfurter Stadtwerke [Municipal Services]:

Training outside working hours - "but can they do that?" They keep getting more impertinent!

Today, on Saturday, college students at EUREST have to work, because by now so many people have been made redundant that training can no longer take place during regular working hours. The Compass Group has made fat profits during the crisis- on the backs of their workers. Reduced staff, reduced shifts and unpaid overtime, that's their trick.

So, it's not a surprise that trainings are now happening during the weekend. The location of the Stadtwerke is not the first one where this is practiced. But, no manager has put pressure on the workers quite so shamelessly. He doesn't care, that you have kids you need to care for. He doesn't even care if you're on holiday. You need to show up or have proof that you already booked some trip. But time off is time off, and to force colleagues who have taken time off to go to work is, simply put, illegal.

A person like Tobias Engel does not seem to know, that the laws of the Federal Republic of Germany also apply to Eurest. Therefore, it's not surprising that the IWW Union learnt that he recently opened the locker of a worker. How long do you want to take such infringements?

If you don't resist, you'll soon need to show up every Saturday, for a training, or to clean. And the worst is, that it seems the shop steward agreed to this. Why do the NGG-shop stewards do whatever Eurest wants?

The problem, of course, are not just the cuddly unions and shop stewards, who don't represent the interest of the workers. As a union we can insist on the compliance with legal protections and rights of employees. But their implementation depends on whether the workers in the company resist the dismantling of workers' rights.

If you are ready, we'll support you in a big way!