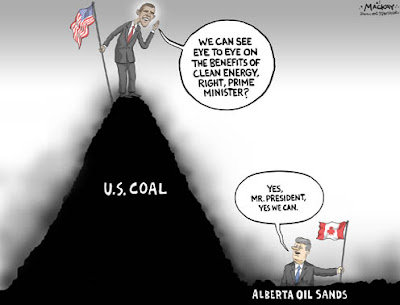 I was in Ottawa for the visit and particularly like your title ("the Emperor inspects the provinces"), as I think it captured quite aptly my own impressions.

Save for the "unplanned" (read: unannounced, presumably for security reasons) excursion into the market, Obama's visit took place within an armed camp in downtown Ottawa - streets barricaded (all the way from Parliament Hill to the airport, at one point), legions of police brought in from nearby cities, an internal bus service run by the police behind the lines, using commandeered public transit buses; and so on and so forth. I described some of it on my blog here.