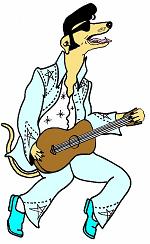 MORE ON THE BALLAD OF THE GREYHOUND:
HELP KEEP THE BUS DEPOT WHERE IT IS:
Since Molly previously reported on Greyhound Canada's plans to relocate the Bud Depot from downtown Winnipeg to the Airport (which now has a name as long and intimidating as a full Lithuanian name) more criticism of the move has surfaced. The Dec 14th edition of the Winnipeg Free Press quotes Charles Cochrane, executive director of Urban Eagle Transition Centre (a group that helps rural native people in their transition to urban life). He says,
"It would be quite a negative effect, because for people coming from out of town it's such a far distance. A lot of people coming in have minimal money so adding an additional $15 or $20 for cab fare. I think it's a huge negative effect."
Cochrane's centre worked with about 350 native clients last year, and his estimate is that 50% used buses to travel to Winnipeg. Sydney Garrioch, Grand Chief of Manitoba Keewtinook Ininew Okimowin which represents about 30 northern communities concurs, and he notes that the present bus depot, with its central location is, "...closer to the hotels,closer to the hospitals and closer to the educational facilities, and its closer to whatever apartments they have surrounding."
Garrioch goes on to note that even with "free shuttles" people with physical disabilities would have to make special arrangements for transportation and that stopovers at the airport would be a great inconvenience for seniors and children commuting to Winnipeg.
A spokesman for the Institute of Urban Studies noted that American (!!!!!!!!-Molly) studies suggested that "...relatively few people walk or use public transit to get to the bus depot", and that taxis and vehicle drop-offs are the preferred way for many. The spokesman was quick to note that this would not be "easier to access for everyone, however".
Here the good cat who has been holding her tongue for so much has to interject. From where I live a taxi to the bus depot is about 7 or 8 dollars. For people living downtown it may be as little as 5 dollars. To the airport from my neighbourhood is 20 to 25 dollars. This is no big deal to our good feline, but it is a flaming,huge, gigantic "big deal" to a great number of people to whom 15 to 20 dollars is a large amount.
There is also the matter of "settling yourself" on arrival in a strange place. I've had plenty of experience in this matter, and I must say that I feel less unease than the average person whether I have been in a bus depot, train station or an airport, even when I am in a foreign country. But the whole experience of arriving in an urban setting is MUCH more upsetting to those who travel in from rural areas. The chaos at ANY airport is immense. To escape it one takes the "free shuttle" provided by 'The Dog' to a spot in "beautiful" (cough,cough) downtown Winnipeg that is far less safe and secure than the present bus depot. Doesn't sound like a good idea to me. Maybe the "shuttle service" will simply dump people on downtown corners- those with the most panhandlers of course- at thirty below. It would, after all, be cheaper that way, and profit is a holy goal. Never mind the feelings- sometimes approaching well deserved terror- of anyone from Puckatiwagan.
Ah well, one less "eyesore" in downtown Winnipeg if the U. of W. takes over the building. One eyesore down and 8,000 to go in this city, some of them created by ill thought out gentrification and "development". If the U. doesn't take over the building, probably knocking the whole thing down and rebuilding, then the "eyesore" of less affluent people entering and leaving a safe building becomes the eyesore of one of the hundreds of abandoned structures in Winnipeg's central core. I guess in that case that the "eyesore" at least doesn't have legs.
Molly in one of her frequent bad moods:
PMS - Post Mouse Syndrome
P.S.
There are indeed a few good reasons to visit Winnipeg, but "sightseeing" the architectural wonders of its downtown outside of the Exchange District is hardly one of them. Turning another building into a blank face if the U. can't bulldoze it would hardly make less of an eyesore.
Posted by mollymew at 5:27 PM

I have seen this sort of imbicility before. Both Nanaimo and Courtenay used to have down town bus depots, then they got moved to the outskirts, which means a long walk or a cab.