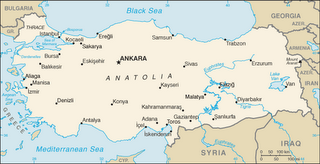 GOOD NEWS AND BAD NEWS FROM TURKEY:
The good news first: Four Turks accused of "insulting Turkishness" in their translation of a Noam Chomsky book into Turkish were found "not guilty" by the Turkish courts on December 20th. Many prosecutions have been brought against Turkish writers under article 301 of the Penal Code. Most have resulted in acquittals. The case against the publishers of Chomsky's book was based on Chomsky's descriptions of Turkey's treatment of it Armenian minority. Most prosecutions of writers under this section of Turkey's legal code have resulted in acquittals. In this case the prosecutions was dismissed as "having no case to answer".
Then the bad news. Conscientious objector Halil Savda has been arrested on the first day (Dec. 22) of his retrial on charges of "insistent disobedience". He was originally arrested on Dec. 16, 2004 and then released on Dec 28th, 2004. A military tribunal sentenced him to 3 months and 15 days imprisonment, but this decision was overturned by a Military Appeals Board on August 13th, 2006, and a new trail was ordered. Mr. Savda was arrested as he went to attend the first day of his retrial under the pretext that he was a flight risk. Sorta odd when he had actually shown up for the trial. A group of Ankara feminists and Ankara Anarchy Initiative are appealing for international support for Mr. Savda and others who refuse to serve the Turkish military. To learn more about this case and cases in other countries go to the Refusing to Kill site. To learn about Canadians who are helping Americans who refuse to fight in the occupation of Iraq go to War Resisters Support Campaign Canada.
Posted by mollymew at 5:15 PM