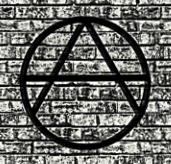 INTERNATIONAL ANARCHIST MOVEMENT-NEW ZEALAND:
NEW ANARCHIST ORGANIZATION IN AOTEAROA/NEW ZEALAND:
Here's one that has been all over the internet today. Anarchists down New Zealand way have formed a new platformist organization, the Aotearoa Workers Solidarity Movement (AWSM). Yes, the acronym is indeed one of the best. As I said this is all over the place, but Molly has taken the following announcement from the Anarchist Black Cat discussion board. All the best to the new group, as they demonstrate, once more, the increasing move of international anarchism towards serious organization and involvement in the struggles of ordinary people.
..............................
New Anarchist-Communist Organisation Launched in Aotearoa:
New Anarchist-Communist Organisation Launched in Aotearoa / New Zealand
A new organisation has been formed with the aim of building a serious revolutionary anarchist-communist movement in Aotearoa/New Zealand.
The Aotearoa Workers Solidarity Movement (AWSM) is an organisation working towards a classless, stateless society: anarchist-communism. We are made up of revolutionary class-struggle anarchists from across Aotearoa / New Zealand. For now, we are a small organisation with members in Wellington, Christchurch and a few smaller towns across the country.
AWSM came together when a few anarchists saw the need for a coherent and organised group of anarchist communists, inspired by the platformist strand of anarchist thought (amongst other things). Informal chats over the last few years turned into serious planning a few months ago and a little conference at Labour weekend (late October) in Wellington.
As class struggle anarchists our priority is active involvement in workplace struggles and industrial action as well as community based campaigns in our neighbourhoods. We aim to publish a monthly newspaper starting in 2009, and a less frequent but more in-depth theoretical magazine as well.
Being located in the bottom of the South Pacific makes us very isolated, however we hope to maintain a good level of contact with like minded groups overseas, which is why you are receiving this announcement. Our international secretary is mandated to keep up this contact, which we hope will be a two-way street - if we are able to cooperate on common projects, this is obviously worthwhile, as any genuine social revolution must be international.
Our website, http://www.awsm.org.nz, will be kept up to date with our activity.
In solidarity,
Asher
International Secretary
Aotearoa Workers Solidarity Movement
international [at] awsm.org.nz
Aims & Principles
1: The Aotearoa Workers Solidarity Movement is an organisation working towards a classless, stateless society: anarchist-communism. We are made up of revolutionary class-struggle anarchists from across Aotearoa / New Zealand.
2: Capitalism is based on the exploitation of the working class by the ruling class. But inequality and exploitation are also expressed in terms of race, gender, sexuality, health, ability, age etc, and in these ways one section of the working class oppresses another. This divides us, causing a lack of class unity in struggle that benefits the ruling class. Oppressed groups are strengthened by autonomous action which challenges social and economic power relationships. To achieve our goal we must relinquish power over each other on a personal as well as a political level.
3: We believe that fighting all forms of oppression and exploitation is necessary. Anarchist-Communism cannot be achieved while sexism and racism still exist. In order to be effective in their struggle against their oppression both within society and within the working class, oppressed groups may at times need to organise independently. However, this should be as working class people only, as cross-class movements hide real class differences and achieve little for those in the oppressed groups. Full emancipation cannot be achieved without the abolition of capitalism.
4: We support Tino Rangatiratanga and stand in solidarity with grassroots indigenous struggle and direct action, while not supporting Maori capitalism and corporatisation (we acknowledge the lack of anarchist theory on the indigenous struggle in Aotearoa / New Zealand and are in the process of researching, debating and discussing a more detailed position on this point).
5: While trade unions can never be revolutionary, we recognise that the majority of collective workplace struggle today occurs within unions and therefore our members should join unions where they exist in their workplace, while being wary of any attempts by union bureaucrats to stifle rank and file struggle. Where unions do not exist we encourage our members to engage with their fellow workers to initiate collective action.
6: We recognise that the general strike is one of the working class’ most powerful weapons and oppose all restrictions on worker’s rights to take collective action, including strikes.
7: As well as exploiting and oppressing the majority of people worldwide, Capitalism threatens the planet through war and the destruction of the environment.
8: It is not possible to abolish Capitalism without a revolution, which will arise out of class conflict. The ruling class must be completely overthrown to achieve anarchist communism. Because the ruling class will not relinquish power without their use of armed force, this revolution will be a time of violence as well as liberation.
9: We acknowledge that by implementing the organisation section of the The Organizational Platform of the Libertarian Communists - theoretical unity, tactical unity, collective responsibility and federalism - we will be best able to move forward in promoting the aims and principles of the Aotearoa Workers Solidarity Movement.
Posted by mollymew at 10:07 PM

lorazepam mg is ativan generic for xanax - ativan while nursing