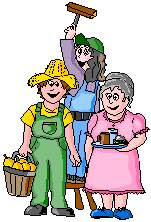 Just as faculty at the University of Toronto are preparing for contract negotiations, their own staff are facing the possibility of a strike starting on December 18.

The faculty association (UTFA) has seen a 40% increase in the president’s stipend and a whopping 130% increase for the treasurer – but they are demanding wage concessions that will have a direct effect on pension contributions and entitlements for their two staff members.

Help these members of CUPE 1281 avert a strike. Send a message to the UTFA council today!
.............................
Here's how you can help. Please go to THIS LINK to send the following letter to the U of T Faculty Association Council.
.............................
THE LETTER:
Dear UTFA Council Member:
I am writing in support of the employees of the University of Toronto Faculty Association, members of CUPE 1281.
How are you going to enter into negotiations for your own collective agreement when your staff have had to go on strike for a fair contract?
UTFA is demanding wage concessions that will have a direct effect on pension contributions and entitlements for your staff – even though your own president’s stipend has gone up 40% and the treasurer’s has gone up 130%.
It’s time for fairness. As a member of UTFA Council, you can -- and should -- help. Please tell your bargaining team to go back to the table and offer a fair contract without concessions now, before your staff are forced out on strike. Then, I’ll be happy to support your contract negotiations with the University of Toronto.
.........................
MOLLY NOTE:
When Molly wrote her own letter on this matter she received the following in reply from one of the U. of T. Faculty Council members. Beyond the obvious evasion that a subcommittee of the Association carrying out negotiations is supposedly not responsible to the larger council there is another thing that can be derived from replies such as this...the letters of protest are having an effect. Keep em coming.
...........................
Dear correspondents:
All of you on the mailing list you see in the header have taken the time to send me a message expressing concerns about the current bargaining between UTFA (the University of Toronto Faculty Association) and its employees.
Your concerns are misdirected. I am a member of UTFA's council, but I am not a member of the group involved in the bargaining process. I have no inside knowledge of the process, and no inclination to try to influence it.
Further, your manner of expressing your concerns is most unlikely to cause me to want to influence the bargaining process. I currently have 190 messages with strikingly similar content, received since early yesterday afternoon. If you think that sending dozens and dozens of copies of the same message is a reasonable form of discussion and persuasion, then I hope you are not actually associated with a university.
You are spamming my colleagues and me. Please stop.
Jim
-- Jim Clarke
http://www.cs.utoronto.ca/~clarke.
Senior Lecturer.
Department of Computer Science,
University of Toronto,
Canada
Posted by mollymew at 8:26 PM

It's nice to see a response; and indeed your spam is having an effect: it's making me think of ways to deal with it, and it's lowering my opinion of the senders. Even those among my colleagues who would ordinarily be most receptive to your message seem currently more interested in stemming the flood of identical email.

All questions about the erffect of the solidarity campaign aside the above is passing strange. The old "sign your real name" retort is quite a good one- providing it actually fits the case.
My name is, of course, in the upper left hand corner of the title page of this blog. EVEN MORE SIGNIFICANTLY, when Jim Clarke decided to "handle" the fact that he had suddenly landed in a labour conflict by "spamming back" those who wrote him, he missed an interesting detail.......
The email address that he wrote back to in this case is the following-wait for it-
"myname@hotmail.com"
I dodn't know how much more "signing" I can get.