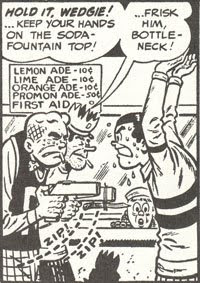 POPULAR CULTURE:
GROWING UP HATING ARCHIE:
Like many of my generation I was an avid comic collector when I was young, and, also like many of my generation, I have the regret of having sold my collection (three different ones actually) far too soon. Twenty five years ago I could have purchased a house with what they would have brought at that time. Today it would have been retirement city. Oh, the folly, the folly, the folly !