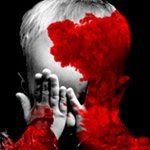 CANADIAN POLITICS:
WHISTLEBLOWER SMEARED:
The Parliamentary Committee hearing into the allegations of Canadian ex-diplomat in Afghanistan Robert Colvin that Canada knowingly handed over Afghan detainees to that country's government for torture continues. The Harper government responded with what it does best- a vicious attack on Colvin's credibility. The following is the story from the Harper Index news service, a site devoted to keeping a close eye on the manoeuvres of our beloved Prime Minister, Sneaky Stevie.
This matter has been commented on repeatedly in the mainstream press, and from what I am reading the general opinion of said commentators is that "nobody gives a damn". The more Conservative the author the greater amount of gloat with which this message is delivered. The sad fact is that it is probably true. Outside of the tiny ranks of "the left" most people in these parlous times have bigger fish to fry. One may hope, however, that this incident added to dozens of others may reinforce the also widespread conviction that Sneaky Stevie and his coterie are accomplished liars. If it adds to this realization it will have done some good.
þþþþþþþþþþþþþþþ
Colvin's gagging and public smearing highlight callousness:
Harperites deaf to suffering of detainees, innocent or not, and quick to slag courageous whistleblower.
OTTAWA, November 20, 2009, a special HarperIndex.ca report: The reaction to diplomat Robert Colvin's report, that top advisers gagged him when he tried to report widespread torture of Afghan detainees captured by Canadians, revealed the Harper government's callousness in two ways. First, the government, according to Colvin, who served as a top diplomat in Afghanistan, willfully ignored urgent reports from him in 2006 and 2007 that all detainees, guilty and innocent, were subject to torture, including being beaten with rubber hoses and electrical cable, shocked with electrical current, and raped.
Colvin pleaded for a year with top officials to deal with the situation, but he was told to keep quiet and to stop putting his concerns in writing.
Then, confronted this week with Colvin's explosive testimony to a Parliamentary committee, government ministers blasted Colvin as an incompetent official and under Taliban influence. "We are being asked to accept testimony from people who throw acid in the faces of schoolchildren and who blow up buses of civilians in their own country," defence minister Peter MacKay said in Parliament.
Attacks by MacKay and other government members came despite Colvin's support for Canada's military role in Afghanistan, and his posting, since 2007, to Washington in the high-security role of senior intelligence officer at the Canadian embassy.
"From ordering officials to stop documenting information on detainee abuse, to gagging witnesses, using delay tactics, and interfering with the Military Police Complaints Commission, this government continues to undermine the investigation into Afghan prisoner abuse," NDP defence critic Jack Harris (St. John's East) told a Parliament Hill news conference. "It places our soldiers in a perilous legal position. As Mr. Colvin testified, handing detainees over to people who we know will torture them constitutes a war crime."
Posted: November 20, 2009
Harper Index (HarperIndex.ca) is a project of the Golden Lake Institute and the online publication StraightGoods.ca
Posted by mollymew at 10:05 PM