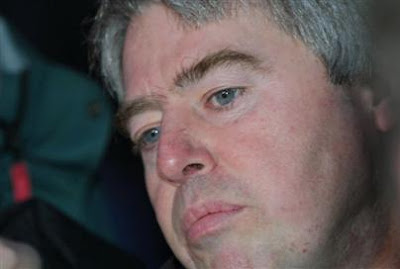 CANADIAN JUSTICE:
ROBERT LATIMER APPEALS PAROLE BOARD DECISION:
Back on December 7th of last year Molly blogged on the refusal of the National Parole Board to grant Robert Latimer day parole. As noted then the original event was a mercy killing, and Latimer is apparently the only Canadian ever to serve time for such an action. Most Canadians know that it is a certain fact that Mr. Latimer will never re-offend, and much of the public outrage about the denial of parole stems from the fact that the so-called "justice" system is supposed to be all about protecting the public. The public needs no such protection from Latimer. This is the basis of the appeal filed last Wednesday, January 23, on behalf of Mr. Latimer by the B.C. Civil Liberties Association. They say that the board erred in law by not considering the fact of Latimer's extremely low likelihood of re-offending. As Molly noted back in December what really and truly offended the people who first heard Latimer's case for parole was that he didn't crawl and speak psychobabble to them- like almost all cons who fully intend to re-offend on release do. Lese majeste I guess. The appeal will be heard by the appeals division of the National Parole Board, and a decision may come as early as two weeks or as late as two months from now. The B.C. Civil Liberties Association argues that the Corrections and Conditional Release Act requires the parole board to consider only the offender's risk of committing an offense while on parole and whether the offender's release is consistent with his reintegration into the community.
Here is a timeline of the Latimer case:
Oct. 24, 1993: Latimer kills his daughter Tracy by piping carbon monoxide into his truck.
Nov. 16, 1994: Jury convicts Latimer of second degree murder, but recommends that he be eligible for full parole in only one year.
July 18, 1995: Saskatchewan Court of Appeal decides 2-1 to uphold Latimer conviction.
Oct. 25, 1995: Revelation that prosecutor interfered with jury by questioning them about religion, abortion and mercy killing.
Nov. 27, 1996: Supreme Court of Canada hears Latimer case.
Feb. 6, 1997: Supreme Court orders new trail due to jury interference, but upholds Latimer's confession.
Oct. 27, 1997: Latimer's second trial begins.
Nov. 5, 1997: Jury finds Latimer guilty of second-degree murder and recommends that he be eligible for parole after one year.
Dec. 1, 1997: Judge Ted Noble gives Latimer "constitutional exemption", orders sentence of less than two years, with one to be spent in the community.
Nov. 23, 1998: Saskatchewan Court of Appeal sets aside constitutional exemption and upholds mandatory sentence of at least 10 years.
Feb., 1999: Latimer appeals to the Supreme Court of Canada.
May 6, 1999: Supreme Court announced it will hear an appeal of Robert Latimer's sentence for 1993 killing of his severely disabled daughter.
June 14, 2000: Supreme Court hears appeal.
Jan. 18, 2001: Supreme Court upholds life sentence, with no parole for 10 years.
Dec. 17, 2003: Speaking more than ten years after the event Robert Latimer says he still believes he did the right thing.
Dec. 5, 2007: Latimer's bid for day parole is denied after a National Parole Board hearing at a prison in Victoria, The three board members, who took about an hour to make a decision, said they were struck by Latimer's "lack of insight" into the crime he committed.


For a full background on the case see the Robert Latimer. Net website.
Posted by mollymew at 12:35 PM