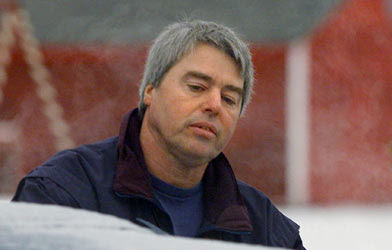 I had some New Class asshole come over to my posting on this issue. And, as usual with these people, he/she tried to argue "both ends against the middle". First he agrees then disagrees. Anyway I think you know the type.

Whether it is the lowest turd handing out parking tickets or a Supreme Turd Court Justice our country's officials take as kindly to people not seeing things their way as the Burmese military takes to the slightest bit of rebellion in their country.

Then again Robert Latimer surely understood and continues to understand there is a price to pay when you say, "Damn the consequences, I'm doing what is right."

I say Release Latimer - He has done his penance. Second, he is no danger to society - whatsoever and the Parole Board Knows it.