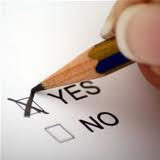 CANADIAN LABOUR:
CANADIANS WANT PENSIONS INCREASED:
We live in interesting times. Corporations and the governments that represent them across the "developed world" are frantically trying to pare back the gains that working people have made over many decades. Some of this is an attempt to reduce labour costs to maintain competitiveness in the face of rising industrial producers such as India, China and Brazil. It is also partly an attempt to redistribute the social surplus that flows through government from ordinary people to those corporations that might be said to be "national" (though governments are generally pretty poor judges of such things) once more because of foreign competition. It is also, however, a genuine fiscal crisis of the state that has been building for a long time and has been exasperated by the recent stimulus spending that many governments have engaged in.

Many things, excluding corporate giveaways of course, are being cut back, but pensions have proven to be a particularly sore point as recent events in Greece, Spain and especially France have shown. It seems that the population of many countries have been willing to (sullenly) accept such things as long term stagnant wages and the virtual end of good chances for the social mobility of their children. As I said, sullenly, as resentment over such loses for ordinary people has led to a revival of class based politics in many places, despite its premature obituary pronounced by many pundits left and right.

The attack on pensions across the world seems to be the straw that broke the camel's back. To date the gradually growing realization that things aren't going to get any better has been tempered with an assurance that they wouldn't get significantly worse. If, however, the 'promise" of at least some comfort on retirement is withdrawn it is little wonder that open rebellion has broken out in many countries. Here in Canada where everybody except right wing "think"(sic) tanks agrees that the federal pension system is financially sound the mood of the general population is actually that pension benefits should be increased not reduced. Such a mood will provide a great barrier to the federal government following the European model of cutbacks no matter how much the neocons now in power there would dearly love to do so.

Here's an article from the Canadian Union of Public Employees (CUPE) about a recent survey of what Canadians think should be done about our pension system.
CPPCPPCPPCPP
Western Canadians support increase in Canada Pension Plan benefits
Nov 4, 2010 09:02 AM

The survey asked western Canadians their views on saving and their expectations for retirement. While many have set up a Retirement Savings Plan or a Tax-Free Savings Account, 35 per cent in British Columbia and 30 per cent on the Prairies acknowledge that they are not saving for retirement—mostly because they cannot afford to.

“Western Canadians are concerned with their capacity to retire in comfort,” said John Gordon, National President of PSAC. “If action is not taken now, poverty will become a dire reality for more and more elderly Canadians.”

Poll respondents also overwhelmingly support increasing Old Age Security and Guaranteed Income Supplements for those living below the poverty line. OAS and GIS payments amount to only $11,000 per year.

The survey also asked respondents for their preference on different types of pension plans. Despite the economic downturn, those currently part of workplace pension plans believe their pension benefits are safe. But more than 70 per cent prefer a defined benefit plan, which guarantees a fixed amount of benefit when you retire, to a defined contribution plan, where the benefits paid out depend on the performance of the investments in the fund.

Together, CUPE and PSAC represent more than 800,000 public sector workers across Canada. Both organizations have been advocating for retirement security for all Canadians.


Read The Future of Pensions Poll