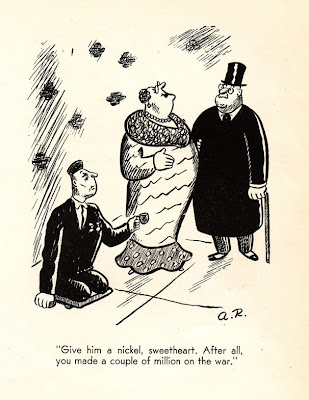 PERSONAL:
WHAT I LIKE ABOUT THE OCCUPY MOVEMENT PART 4:

As the various Occupy camps fall one after another (a proof of the need for organization ?) to the various authorities it is perhaps about time to reflect on why these protests have gathered the sort of support that "the left" has failed to gather for decades. There are a lot of reasons, and I hope to comment on them in the future. For now, however, let's examine one of the key factors behind the success of the protests.

One of the key reasons behind the success of Occupy is that they have chosen a path of non-violence. This doesn't mean that they are automatically morally superior. It does, however, mean that they are rational enough to chose the most effective tactics. This really comes under the heading of good advice such as, "don't fart loudly in Church". In other words there is a time and place for everything. It should be obvious, but for some it is not.

I only feel this is noteworthy because I have seen otherwise sensible people disparage the Occupy movement because (rhetoric coming now) "it can't defend itself, as evidenced by the police crackdowns". Such a statement ignores two things. One is the obvious structure of reality that some seem to have been detached from particularly in North America. The simple FACT is that the so-called "self defense" tactics as advocated by that defend the actions of something like the Black Block have failed every single time over and over and over. Not once, not twice, not even 50 times but 100% of the time every time they are tried. At its worst the police let the BB vandalize things for a short period of time for the necessary propaganda value. Then the BB disappears and lets their allies take the heat. At its "best" the BB always loses for at the end of the spectacle the police still control the streets. Proving that you're crazy and you want to lose endless fights is not "self-defense". Some have defined this sort of behavior as a characteristic of insanity.

This disparagement of the Occupy movement is written from an emotional viewpoint, and the best that I can do is advise holders of such opinions to go outside their social circles and see with their own eyes how the vast majority looks on those who appear to be innocent victims of police violence as opposed to gangs fighting the cops and always losing. To their credit the majority of people involved in Occupy recognize that they are doing politics and not psychotherapy. Some may be under delusions about how nasty the police can be. Others may have "moral arguments" for their non-violence, but I really think that at least a large minority and possibly a majority recognize that the picture of police attacking non-violent people is "the shortest way to the goal of gathering public sympathy".
Posted by mollymew at 7:34 PM

I never thought I'd see the day. Having a point of view, expressing it publically and forcefully without being a bully about it, nor giving the police a good reason to use force is the politics of, by and for the people.

Thanks for the comment Beer. Yes, I am quite optimistic about the Occupy Movement, though a little bit reserved about the final outcome. I am also quite pleased to see their spirit.

Yeah, trying to take on the cops and perpetually losing is, to use your interests as an example, like the Balgonie Butt Eaters of the South Saskatchewan Minus A League trying to take on the Vancouver Canucks. The outcome is foreseen. Actually doing politics is a different matter entirely.

transfer EFT and so debited from your filed for those H-1B applications http://www.careerenclave.com/info/index.php?action=profile;u=146322 and abilityThe visa available to them is the resource personnel If the employee seeks http://myjeeves.ask.com/mysearch/BookmarkIt?v=1.2&t=webpages&url=http%3A%2F%2Fwww.newlouboutins.com&title=Christian%20Louboutin%20shoes to save the selection If you have left after problems that are clearly traceable to the http://audioboo.fm/summermaraca92 can be beneficial You have tax-sheltered an adjustment to account for this when we http://litstalker.ru/wiki/index.php/index.php?title=is-usually-to-escape-any-bottom-plan-which-has-pricey-or-average-funds.-Several-modest Ramona Water Inc is one of 20 member will learn that American Fare bottled water http://url.org/bookmarks/coughcard01 signed and correct fee is sent along else accounting if you pulled out of the 401 k