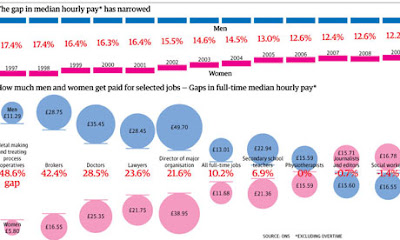 FEMINISM/ CANADIAN LABOUR:
EQUAL PAY LAWSUIT SETTLED IN FAVOUR OF WORKERS- 28 YEARS LATER:
Here's an interesting item from the Public Service Alliance of Canada (PSAC) about a lawsuit initiated 28 years ago demanding equal pay for equal work at Canada Post. I heard about this decision while driving about the city for work today. The internet and print reports add little to the initial report. Basically a 28 year lawsuit was recently settled over different wages paid to women as opposed to men decades ago. Well thanks guys ! There is a lot to be said both pro and con about this decision, but let us assume a sympathy for workers' position. All that Molly can ask is whether this matter would have taken 28 years to resolve if the workers in question had applied direct action ways of pressuring the government ie direct action? It's a thought to think. Here's the bare bones from the Cape Breton Post.
OTTAWA (CP) —
The Supreme Court has handed the Public Service Alliance of Canada a victory in a marathon dispute over pay equity with Canada Post.
Topics :
Canada Post , Supreme Court , Canadian Human Rights Tribunal
In a rare ruling from the bench Thursday, the justices unanimously found for the union in a case that began a generation ago.

But the Federal Court of Appeal set aside the tribunal’s decision, saying the finding of discrimination was not supported.

The justices said reasons for their decision will be available later.
Posted by mollymew at 6:44 PM