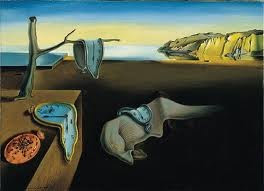 PERSONAL:
THEN AND NOW:
As part of the cleanup that never ends I recently came across a series of old publications ie the 'Discussion Bulletin' published by Frank Girard down Michegan way. The issues in question date to the late 80s/early 90s. Appreciate what this means. This was pre-internet days when a decently working photocopier was the height of technology. Unfortunately Frank never had access to such a good machine, and the DB usually came out looking exactly like what it was ie a photocopy effort.

The DB, however, was never meant to be an 'outreach' publication. As an expelled member of the American DeLenist 'Socialist Labor Party' Franks' idea was that there was no great reason why the various strains of libertarian socialism should remain apart from each other. The DB was an attempt and a noble one at just such a dialogue. Frank has not been with us for many years now, and in his absence the barriers on the libertarian left remain what they have been for decades.

Perhaps Frank's dream is an impossibility because any "union" would have to plaster over wide gaps in terms of tactics (and "theory" of course insofar as 'theory' is far too often the only action that far left groupuscles engage in). I also wonder if many of the organizations who wrote items for the DB in those days are also just as deceased as Frank.

Looking back I find that the first thing that comes to my mind is just how trivial all the disputes in places such as the DB were. By this I mean 'unimportant'. It was very much a matter of individuals speaking to organizations that had less than 50 members worldwide and their replies. Not that the dialogue wasn't at a high level; indeed far higher than the nonsense that comes out of academic leftydom these days. Almost all the people contributed to the DB were far removed from that hothouse.

As one of the participants in this project I also found what I wrote at the time quite trivial. It was not a hopeful time. The revival of anarchism via the "punk scene" was very much a tiny baby at the time. Seattle and the internet were (not so) far in the future. The situation nowadays is so incredibly different. In those days of yore pretty well everyone who claimed the anarchist labels felt an overwhelming sense of "responsibility". It's quite different today when anarchist bookfairs are occurring in what are actually small cities, and anarchism has to all intents replaced Marxism as the default theoretical position for younger people as they enter the wild and wacky world of activism.

When the ideology that you hold demands proselytizing you feel a much greater sense of responsibility when it is small compared to when it is large. Once there are is a certain number of people involved in any project it relieves the burden on all in such a group because if you can't do it somebody else who can is near at hand. There is actually a great amount of peace in recognizing that you are NOT indispensable, that whatever mistakes you make can easily be corrected by others. I love it.

I also love the fact that the anarchist movement has expanded beyond belief from when I first adopted the ideology in the early 70s. I can remember the state of the anarchist movement in Canada in those days. In terms of sheer naked numbers and geographical penetration what exists today represents a growth of between one and two orders of magnitude. I am always thrilled when I see a notice of an anarchist bookfair in a town that this amateur geographer has never heard of.

How to sum up ? Having lived through the growth of anarchism in the past few decades I am pleased, but I am also worried about certain trends in the movement. What non-CGT anarchism has achieved is actually only an acceptance ie a long term general sympathy from what hovers around 0.03% of the population. That's better than what I saw in my day, but it is also far less than what I estimate in Spain where, courtesy of the CGT, perhaps 5% of the population has a long term favourable view of anarchism. Anarchism, however, has even here for better or for worse crossed a threshold. It is now possible for a person to immerse themselves in some "counter-culture" of which anarchism is a part and be deluded about their actual strength because they cannot see beyond their social circles.

Of course I also know that such things as "victory", "influence" and "popularity" are things that are just not thought about amongst a certain section of anarchism in North America. Mostly because they are very happy to be separated from (and in their delusions superior to) the average person in their locality. All these people care about is their absolute certainty in what they believe this month.

I do also recognize that many of the faults I find with a certain (mostly American) anarchism is simple intellectual laziness. The history about the futility of 'terrorist tactics' is there for anyone to view. The revolutionary verbiage comes crashing up against the fact that the great 99% in most industrial countries wants to try no such thing. Neither do they generally listen to any left wing, let alone anarchist, comment. All of which, of course, is a call for people to reform their writing style both in terms of content but also in terms of tone.

All of which doesn't say that anarchism has no future. It merely says that along term view is necessary to appreciate BOTH how anarchism has grown and just how much further it has to go.
Posted by mollymew at 1:54 PM