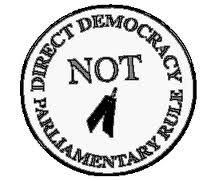 It's been decades since I voted in any governmental elections (the associations that I belong to don't count). Still, like a reformed smoker, I find myself glued to the TV as election results pour in. The recent election results here in Canada were, if nothing else, interesting. It's been almost two weeks so far, and I have yet to hear the 5:00 am knock at the door that signals that Stephan Harper's friends have come to take me away to the re-education camp. Not that such a thing is beyond him or his buddies, but I give him more credit than that for intelligence.

This election was a do or die affair for Harper and also for the Conservative Party. Without a win Harper would be gone, and the next leader would have either been from the wacky fringe of Biblical literalists (think Stockwell Day) or would have had nowhere near the talent and vision of Harper. Make no mistake about it; Harper does indeed have what has been called his "hidden agenda", but he also has the realism that says that this horror should be imposed by a thousand cuts rather than a "revolution". Look to more of the same with, of course, a bit more corruption and a bit more arrogance in terms of corporate giveaways. In other words a slim Conservative majority will be about the same, though a bit sleazier, as a Conservative minority government. The sky hasn't fallen nor have the evangelical militias come to take your poor little scribe away.

It's true that to borrow the old and hoary Zen koan form, "before the election life goes on; during the election things become confused and after the election life goes on". Unless, of course, you are a Liberal or BQiste. For them the sky did indeed fall and rather spectacularly. To all intents the BQ is finished, and it would be better for them to fold up with as much grace as they can muster. They've always occupied a rather odd spot in the Canadian political spectrum anyways. As for the Liberals it is exceedingly hard to feel any sympathy for them. While in power they became almost as arrogant and crooked as the Conservatives...which takes some doing. Whether they remain as a rump of their past glory depends pretty well exclusively on what the NDP does with its new-found status as official opposition. Nothing !!!! the Liberals can do on their own matters very much.

The NDP. I think it goes without saying that nobody expected the surge in NDP support on election night, even the NDP themselves with their bluster about Layton as Prime Minister. Not that this new status is without its dangers. The natural tendency of a party like the NDP would be to swing right and vacuum up the Liberal support. There is, however, a limit to this in the fact that the majority of their sitting members come from Québec. Not all of these people are "symbolic candidates" who got elected on the party's coat-tails. A good number of them will want policy that is to the left of where the NDP is presently, let alone where they would have to go to sponge up Liberal support. I'm surprised that more people haven't noticed the historical parallels to the explosion of Social Credit support in Québec, and what happened subsequently.

So where does that leave us Canadians ? I can say that I wasn't disappointed by the NDP surge even though I have few illusions about the Party. They ran what has probably been one of the most effective campaigns in Canadian political history, carefully avoiding the over-the-top attack rhetoric of both the Conservatives and Liberals. They were also able to distract attention from the fact that they had little in the way of large scale vision and policy by making a few attractive promises and using the emotional buzz words to far greater effect than the old parties. I honestly believe that if you were to read the speeches of Layton as compared to those of Harper that you would find that Layton used the term "family" far more than than the 'Family Guy Harper'.

I can also say, however, that I was disappointed that we didn't have another minority government. That configuration sets much more comfortable limits on the damage that a political party can do. Which spins us back to Harper again. No doubt there is a selection of the so-called "radical" political class that is quaking in its boots over the removal of the petty funding it has been provided with for many years to pretend to be an opposition. The main result of Harper's first (and one hopes only) term will be a redivision of the spoils as debts are collected so to speak. I have little doubt that Harper does indeed have a "hidden agenda", but he also has a public one that he has hardly been shy about expressing. What the guy wants to do is build a long lasting "conservative consensus" in the country. This doesn't preclude "paying off his buddies". I would expect an ever accelerating number of scandals as Conservative politics seems to attract a great number of people who are "down to the bone crooked". I think, however, that both Harper's friends and his enemies seriously underestimate both his cunning and his opportunism.

So, as I said, I expect very much more of the same in the days to come. I am not complaining too much. For a much more pessimistic view of Canada's politics I refer the reader to a recent item at the Porkupine Blog. On a personal note I am happy that the Greens got a member elected, but I wish it could have been somebody other than Elizabeth May. This isn't solely because her opportunism puts Harper to shame nor is it because she is the right wing favourite in a party whose ideological infighting supasses that of the NDP (Conservatives and Liberals, like countries, have no friends or beliefs...only interests). It finally came to me appropriately enough while I was taking a leak. The reason she inspires a visceral dislike in me is because her act could best be described as that of an elementary school teacher strung out on amphetamines.
Posted by mollymew at 10:29 PM

On the NDP's success in Quebec: I should not generalize, but here goes: those buggers have been trying to break up Canada for a good long time. Recently they elected the Bloc for an entire generation. The Bloc did their best but Canada is still in one piece. So, tired of the Bloc failure, they got together and hatched a new plan. One Quebecer asked the rest, "Who out there can we vote for who has the best the chance of wrecking Canada?" It was fucking obvious - the NDP!

Odd. I shouldn't have thought at first blush that I'd be in the same ballpark evaluating results. If anything, I have a more cynical view of what Bush-adviser backed globalist HarperCons might indeed have the temerity to do given their track record of disdain for conservative change and a tendency to overdo things.
But it's far cry from the ND being thought ineffective while hamstrung by 'liberal' genteel sabotage of real opposition.