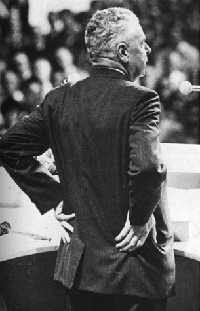 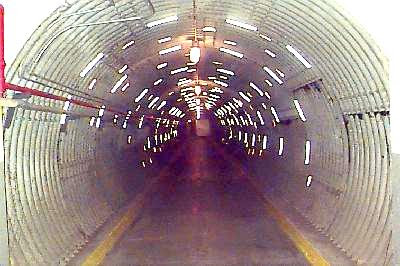 My first interest in politics began with Dief. I was 12 at the time and with a child's intution found him honest and what he said implied that he was for the people. With the failure of the Diefenbaker Conservatives, I then moved on the the NDP, the fate of a lot of Dief supporters, I believe.From the NDP I went to the NEW Left and from there to anarchism. I should point out that my essential values have remained the same in those 50 years.

One thing that I didn't include in the above was that Diefenbaker was, according to many sources, one of the few MPs opposed to the internment of Japanese Canadians during WW2. Dief was the leader of the Saskatchewan Conservative Party from 1936 to 1940 and was elected as the MP for the riding of Lake Centre in 1940. This riding was abolished in 1953 at which time he became MP for Prince Albert from 1953 to 1979 when he died.
Not that Molly didn't try to dig up the matter of his opposition, but she decided to not include it because she couldn't verify the "when" and "how much" when she wrote the above post. War on Japan was declared in 1941 when Diefenbaker was in the House of Commons, but the internet is a crude tool for verification unless you search long enough for original sources.
What is NOT in doubt is that Diefenbaker opposed the internment long before it became a "politically correct" cause. Aside from Douglas and Woodsworth, especially the latter, Diefenbaker may be viewed as a fossil of the times when politicians actually had the thing called "principles". The paraphased quote from him that I often use is "dogs know best what to do with poles" shows just how far he is from the politicians of today who change their convictions with a 5% move of public opinion polls. His government fell on the nuclear weapons issue. Even though he was betrayed by some in his own party and the military Dief stuck to his guns.
Politicians today actually rarely have the "luxury" of real opinions. They are more obviously professional liars then they were back in "the old days". MANY people in the Saskatchewan that I grew up in would vote NDP in provincial elections and Conservative in federal elections because there was actually a melding of policy amongst the two parties. Nowadays parties rarely have anything resembling "policy" that a person could make a choice from. This includes the "goddamn NDP" of which I used to be a member.