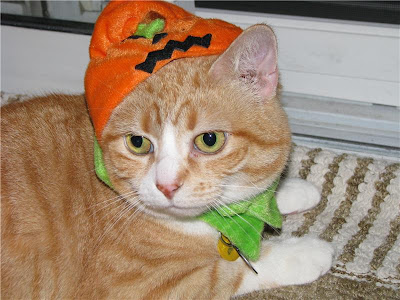 ANARCHISM;
MOLLY'S ANARCHISM:
It's almost the end of the year, and, given how much I have pontificated on this blog, it is perhaps incumbent on me to say what I mean when I say "anarchism". So..here goes...


I have usually defined "anarchism" as "a form of socialism that, instead of having enterprises owned by the state that they be owned and controlled by the workers who are employed in them or by local communities that are governed by direct democracy". Furthermore I believe that "socialism", or at least "my socialism" means that the "government" be devolved down to local democracy such that every person can have a direct say on what will be the policy of the neighbourhood. Is this enough of a definition ? In some ways yes; in some ways no.

It is first of all a definition that places anarchism in the "continent" that it has always been in ie 'socialism", an ethical project that attempts to abolish class differences. This is the "continent" that "anarchism" lives in in every country other than the USA today. In the USA there are "derivatives" of anarchism that say that this central point is irrelevant , and that such things as "abolishing civilization" are the central point of "anarchism". In other countries, amongst the small number of anarchists influenced by such imperial ideology this idea has an echo, but, in the "civilized world", anarchism continues to have its historical meaning of an end of class society.

All that is neither here nor there. Most of us are disgusted by the American ideologies, primitivist, post-anarchist or whatever name they chose to call themselves at this second, giving as they are so much dependent upon fashion.. In the end they are pitiful.The important point is what we decide to call ourselves. What is "socialism" ?

What is "socialism" ? Obviously, if we want to, as Molly does. claim the label for our own views, we have to have a definition that encompasses both the statist terms that are in more common use and also the alternative definition that "libertarian socialists" might like to put forward. Given the limitation that any definition must encompass both socialisms I would proffer the following:


What exactly does this mean ? Is the 'democratic process' one of the workplace or one of the local community ? perhaps, as Molly believes, a combination of both that may vary from place to place and item to item.


Quite f4rankly I don't know how democracy will be embodied in any future libertarian society. All that I do know are that there are very many efforts towards such a libertarian society today, and that I am determed to support each and every one. Whether they be workers' self management or local control, the form is irrelevant to me because I don't know the eventual form of a libertarian society, only those efforts towards it.I can, however, judge which things bring a liberation society closer and which put it off. I may indeed be wrong in various judgements, and I hope that others may correct me when I fail in my judgement.


There is no doubt that "anarchism" is much more than a simple synonym for "socialism", though I think that the resemblance should be the major point of how anybody defines anarchism in a "global" as opposed to an American sense. I will give other points about anarchism later, points that are secondary to how I define anarchism but are still important. Till then.....


There is still much more to define "anarchism", and it will be defined in further posts.
Posted by mollymew at 7:36 PM

I am a bit confused as to what you mean by "Anarchism in an american sense". Are you referring to the psuedo-religious primitivists, or anarcho-"capitalism"?

Additionally, I do not think we can honestly group state socialism and anarcho-socialism under the same generic term of "socialism". In state socialism (or state capitalism, for that matter), people are required to participate in a certain set of pre-planned arrangements for maintaining a community.

In anarchism you can organize a community any damn way you want to.

Bang on as usual! Only quibble is about including "state socialism" under the term socialism. None of the founders of socialism favoured the state owning and running things. (And even those paradigmatic state socialists, the German Social Democrats developed a virtual counter-culture of cooperatives, mutual aid societies and municipal housing and industry.) State socialism really does not supplant the older concept of cooperative production until Stalinism and Fabianism become dominant.

I am not sure about your definition of socialism. To me socialism have always meant primarly puting the social wealth and the means of producing it in common.

Any way, I prefer this definition I just found on Wikipedia wich indeed encompass both libertarian and autoritarian meaning of the word:

Socialism refers to various theories of economic organization advocating public or direct worker ownership and administration of the means of production and allocation of resources, and a society characterized by equal access to resources for all individuals with a method of compensation based on the amount of labor expended.

There will be difficulties with any attempt at definition. I have deliberately decided to use a definition that can include BOTH statist and non-statist socilaists. Though even "statist" socialists have gradually moved towards more libertarian concepts over the past few decades, I doubt either the workability and/or the sincerity of the halfway houses they have proposed.It still has to be admitted, however, that the commonly accepted definition of "socialist" evokes much more of a image of state socialism than libertarian socialism. I don't think that there is any point to trying, from the position of an extremely tiny minority, to "read out" the statists from the definition. What I have tried to do is go back beyond whatever forms that this or that socialism may propose and get at the MORAL INTENTION behind the idea of socialism. Fear not, I'll get into the forms later.
Anonymous...I was referring mainly to the primmies not the "anarcho-caps". I recognize that down USA way the anarcho-caps are actually a much bigger school of fish than all the various half baked derivatives of anarchism put together. In the rest of the world, however, their existence is hardly noticeable. Quite frankly they have such different purposes for what they believe that I find it is best to simply ignore them.They are NOT a significant factor anywhere outside the USA (unless, of course, they are part of organizing right wing coups in various poverty stricken countries). There is little doubt that any libertarian society worthy of the name would allow freedom to "organize a community any damn way you want to". Here's the problem. Unlike some other language English has the same word for the singular and plural second person pronoun. The "you" singular will ALWAYS be confronted by pre-existing "arrangements" made by other people, and not participating in such will occasion a certain amount of "inconvenience" if nothing else.
Nicolas, as I said above I was trying to establish the "ethical goals" that lie behind socialism of whatever variety. The Wikipedia definition may "seem" clearer, but it does leave the matter of what is the "public" unclear just as it excludes the consumer cooperative from the litany of "socialist means". As to the "method of compensation" by "the amount of labour expended", known in anarchist history as "collectivism" this is NOT connected with the first part of the definition. It is also something that the vast majority of socialists, statist and anarchists, definitely do NOT believe in. The difficulties in determining the amount of labour seperate from BOTH its utility and its difficulty/disagreeableness are such that very few socialists and/or anarchists think this is a laudable goal. The major present day exception might be the followers of Parecon who attempt to "smooth out" such differences via what they call "balanced job complexes". But, as I said, I wasn't getting into "means" in this first essay, merely general goals.