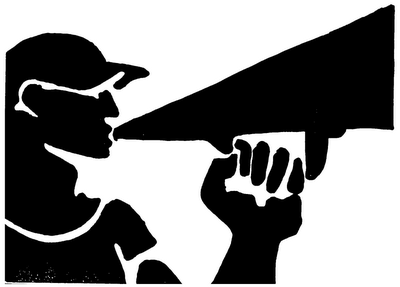 
The following news of upcoming protests against the City of Toronto budget comes from the Ontario Coalition Against Poverty (OCAP).
PPPPPPPPPPPP

With a record 76, 549 people on the affordable housing waiting list in Toronto, Ford intends to slash spending on shelter beds for the homeless. The Budget Committee is looking to CUT 40, 000 shelter beds (approximately100 beds PER night), replacing 6,000 with motel rooms for ‘refugee claimants’ who according the them ‘need less support’. Cutting these beds also means cutting the supports of food and shelter services that people depend upon. 34 000 beds will be completely lost, 6 000 motel spaces will mean total isolation and lack of support. Apparently to Ford, the basics of food and shelter for those on the streets is a part of the infamous ‘gravy train’.

The cops however, as we might have expected, qualify for preferential treatment. The Toronto Police share of the City Budget is already approaching a billion dollars and they can expect to be spared any serious measures to reduce this massive drain on resources. This is Rob Ford’s Toronto – more cops, tax breaks for the rich, cut services for poor and working people.

Tenants who face eviction in record number are being handed a $100,000 cut from the fund that assists them in obtaining representation when landlords try to put them on the streets. Now, not only will tenants not have proper support in fighting abusive landlords, but when people do end up on the streets (as will inevitably happen), there are no shelter spaces left for them to turn to. This is will escalate the already existing crisis in housing and shelter for poor people in the City of Toronto.

People seeking services at Community Centres, families who use recreational facilities, parents who use after-school programs, will be hit with user fees.

Ford claimed there would be no service cuts – but what we are seeing from shelters, to tenants, to community services, to transit is that this is nothing but a blatant lie.

It is time to challenge this opening round of cuts that Ford plans to impose on us. The needs and demands of our communities are clear – we will accept NO cuts and we intend to fight for what we deserve. We say: cut the cops, fund services!

We are calling on communities to confront Ford and his budget plans at all public consultations this week, and also COME OUT on February 10th for a People’s Delegation at the final meeting of the Budget Committee to bring our anger and our demands directly to them.

Tell your City Councillor to Vote AGAINST Ford’s Budget. We want real action on poverty, not lip service and sound bites.

Find your local councillor’s contact here: http://app.toronto.ca/wards/jsp/wards.jsp
-------------------------------
Commie Pinkos Go Viral!!
You-Tube Video and Poster Contest
The Year of our Ford is upon us. And it's not gonna be pretty. Rob Ford swept to power on his populist “working man” appeal, despite the fact that he is a millionaire and is gearing up to slash the very services we depend on most. Less than two weeks in, he's already preparing to blow $15 million a year on new cops that even the police chief doesn't want and costing us millions and millions of dollars by scrapping Transit City for his asinine subway expansion wet dream...Here's a chance to help inform, inspire, and energize the growing opposition to Ford's agenda.

The themes:
•Cut the cops and fund services
•Ford's no friend of the working class

Points to be awarded for creativity, factual accuracy, and wit and please... spare us the fat jokes!

Read on for important contest details:
Video Category: Upload your video to You-Tube and email us the link, at ocap.publication@gmail.com with the subject heading:“video submission”. Your video must be no more than 3 minutes in length.
Poster Category: Email your poster submission to: ocap.publication@gmail.com with the subject heading: “poster submission”as a jpg, tiff, or pdf file at no more than 300 dpi.
Posted by mollymew at 1:31 PM