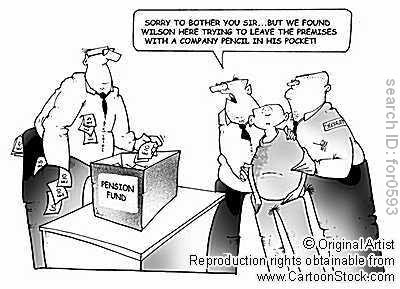 It seems that in almost all countries there is a concerted effort to deny workers the pension benefits that they have worked and struggled for. Canada is, of course, no different, and the following open letter from the Canadian Union Of Public Employees (CUPE) speaks of how this attack is playing out in the Province of Québec.

The following open letter from CUPE Quebec was recently published by a number of media outlets (Le Devoir, Cyberpresse).


The end of 2011 was marked by an unprecedented attack against the pension plans of hundreds of thousands of Quebec workers. Quebec City's mayor Régis Labeaume is leading the attack and requesting that the Quebec government change pension plans to cut costs.

Keeping Quebecers in the dark is part of a ploy and an ideological attack on the working conditions of the middle‑class. Countless omissions (presumably intentional) are clouding the issue and making it impossible to hold a healthy debate. Montreal's mayor Gérald Tremblay is threatening to do the same.

It's time to set the record straight so that Quebecers understand what is truly at stake.

We were falsely promised that the “free market” and “invisible hand” would lead us to an era of unprecedented prosperity, and more market stability and efficiency; when in reality, it brought nothing but confusion, fraud, inequity and crisis.

Workers have consistently stood-up against this financial carelessness, using unions and progressive politicians as their voice.

However, despite the opposition representatives of the 1 per cent have still managed to force the 99 per cent into a corner. And now the blame is being laid on the last bastion of the middle class: unionized workers and their pension plans.

The challenge now is how do we solve the pension plan dilemma?

First, take a deep breath. Second, we need to look at the long-term. We must measure the solvency of pension plans over the span of a career. Yes, there may be losses, but there is also an equal chance of incurring a surplus (which would be higher and more stable if our leaders regulated our financial markets more wisely).

For years there was a surplus. However, when that was the case did you ever hear Quebec municipalities offering to lower Quebecers' taxes due to a surplus in their employees’ pension plans? Of course not.

During those golden years when employers were making contributions directly from pension fund surpluses, they argued that they were fully within their rights. They claimed that any surplus belonged to them since they were the only ones responsible in the event of a deficit.

They were quite comfortable sticking their hands in the cookie jar whenever it was convenient. But now that the good days are behind them and pension plans are struggling with deficits, workers expect their employers to do the right thing. It is their duty to take responsibility for the deficits, just as they had promised.

Now we're beginning to see that employers never really thought they would have to deal with deficits and they are doing everything in their power to avoid taking responsibility. At the very least, is it not normal for workers to expect that their employers return the money they “legally stole”?

Trade unions know that they must take action and that sitting back and doing nothing is not an option. The main objective must be to keep these pension plans, but solutions must be case-specific in order to make them more structurally viable.

Unions are already doing their part by discussing possible solutions with employers. CUPE is committed to a process of lengthy consultations to find ways to secure our pension plans. It is our duty to keep senior citizens above the poverty line to not further the gap between the rich and poor.

In fact, the current struggle for the labour movement is not only to uphold private or supplemental pension plans, but also to significantly improve public pension plans, including the Quebec Pension Plan and the Canada Pension Plan. In turn, this would help protect Quebecers against poverty while reducing the cost of other pension plans.

For the sake of all Quebecers, we must act now. As trade unions that is what we are working towards!
Posted by mollymew at 10:42 PM